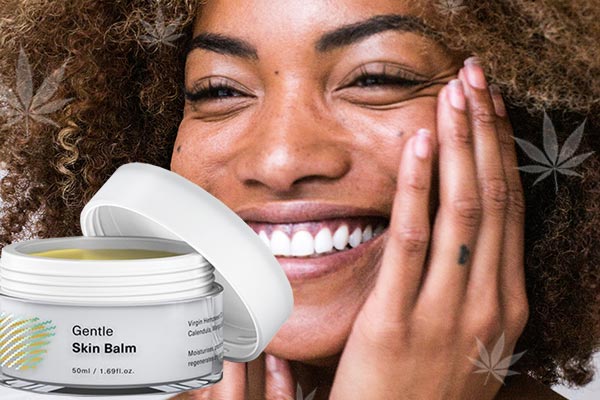 There has been a lot of talk recently about using CBD face cream, moisturisers, balms, lotions and day creams as part of a healthy skincare routine, but what are the real benefits of using cosmetics with CBD in them? We’ll delve into the subject in today’s blog.

When it comes to skin care, here at the hemp shop we know that hemp holds the key to nourished and healthy skin. Long before CBD became popular, for thousands of years in fact, another part of the hemp plant has been helping people in their skincare routines. Hemp seed oil has long been used as a skincare treatment that soothes inflammation, reduces fine lines and wrinkles, while moisturising the skin. The Omega 3, 6 and 9 fatty acids are proven to help to hydrate dry skin, leaving it feeling softer and less sensitive. Vitamin E contained in hemp seed oil is a powerful antioxidant which has been shown in studies to reduce fine lines and wrinkles as well as reducing scarring, making it a great choice for tattoo aftercare. It’s incredibly powerful for dealing with dry skin conditions such as eczema, psoriasis and dermatitis and is used in the best eczema treatment balm that we know of; Balmonds Skin Salvation. We have plenty of hemp seed oil beauty care products that contain no CBD. Hemp is a truly versatile and useful plant for humanity, and so it comes as no surprise that with CBD we have found yet another element of the hemp plant that works wonders on our skin. 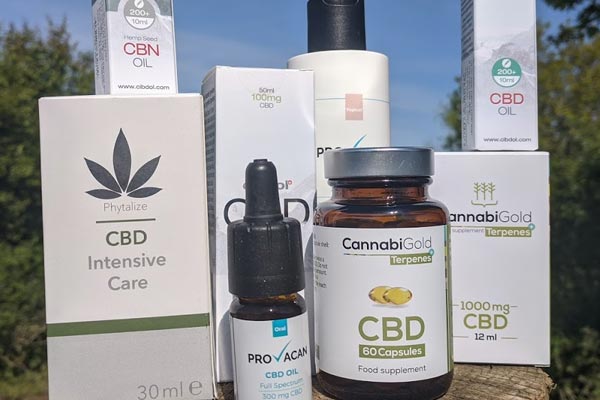 What exactly is CBD?

If you’re new to CBD then you might find yourself asking just what exactly is CBD, and why does everyone seem to be talking about it?

CBD otherwise known as Cannabidiol is a natural compound found in the cannabis plant. Alongside THC (tetrahydrocannabinol) it is one of the most abundant active ingredients in the plant. CBD is usually extracted from industrial hemp plants, which must contain less than 0.2% THC to comply with EU law. CBD is non-psychoactive and is not associated with the ‘high’ feeling of THC. CBD is 100% legal to buy in the UK, Europe, the USA, Canada and many other countries around the world. The global CBD industry is growing at an astonishing rate as more people are switched on to the benefits that it can have for our health and wellbeing.

People around the world are using CBD to treat a wide range of ailments including anxiety, depression, chronic pain, arthritis, insomnia, epilepsy, they’re using it to quit smoking, to deal with substance abuse issues and tentative early studies show that it may help to combat cognitive decline. People are using CBD for a huge number of reasons and with varying results. As it is still a relatively new compound in popular use and the fact that people are using it for such a wide range of reasons, there is not a huge abundance of peer reviewed scientific studies on all of the effects of CBD, but there are some studies available which show promising results in a number of areas. With increasing use around the world we hope to see more studies being conducted on the benefits of CBD in the coming years. 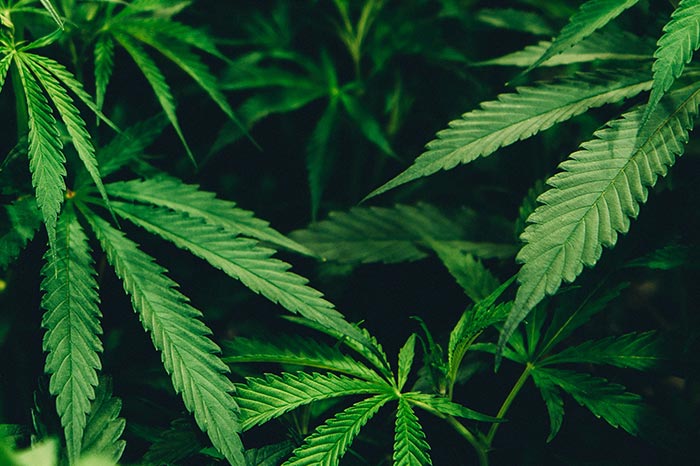 How does CBD work?

Our bodies contain something called the endocannabinoid system. This is a system of receptors that runs throughout our bodies from our skin to our nervous system, gastrointestinal system, bones, organs and brain. The endocannabinoid system is hugely complicated, and researchers have not yet understood the full extent of its influence on the body, but what we can say is that it appears to be absolutely integral to the normal running of our bodies (otherwise known as homeostasis). 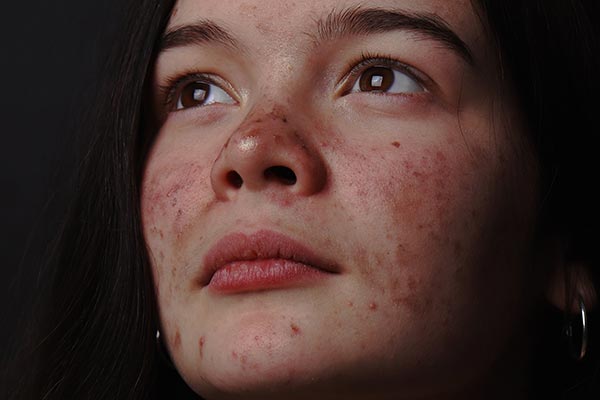 What does CBD do for skin?

The major benefits that CBD has for skin are that it is an anti-inflammatory, antioxidant and anti-ageing compound that helps to soothe, hydrate and nourish skin.

CBD could also help with oily skin conditions such as acne. One study discovered that CBD has sebum reducing abilities that inhibit the production of oil. Excessive amounts of sebum production is a leading cause of acne, so CBD may be a useful treatment for acne prone skin.

CBD aids healing of skin and reduces swelling thanks to the anti-inflammatory properties in the compound. This makes it great for treating wounds, rashes and irritated skin. Treating inflammation allows skin to heal more quickly, and reduces the chances of further irritating the wound by scratching it in a futile attempt to temporarily relieve irritation.

CBD helps to fight signs of ageing. The antioxidant, anti-inflammatory and sebum producing qualities all work together to reduce stress and damage to the skin, which are major contributors to signs of ageing. 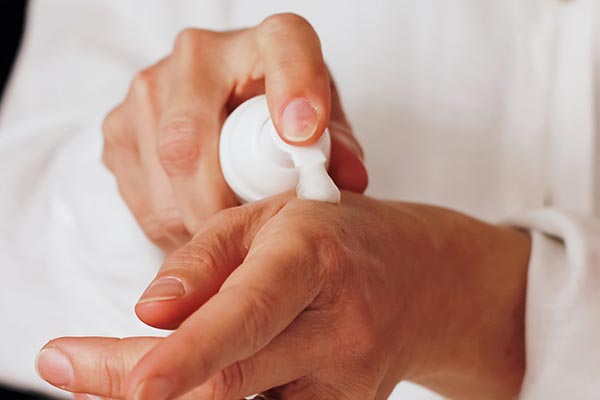 Can CBD absorb through skin?

CBD is absorbed through the skin and binds with receptors in the endocannabinoid system that are close to the surface of the skin. With topical application on the skin, it does not enter the bloodstream unlike with CBD oils that you ingest or consume sublingually which do enter the bloodstream. Our skin is designed to repel outside invaders, and our immune systems work to keep any nasties from entering our bodies through the skin, but studies suggest that CBD is powerful enough to overcome these barriers and is able to be absorbed effectively through our pores. 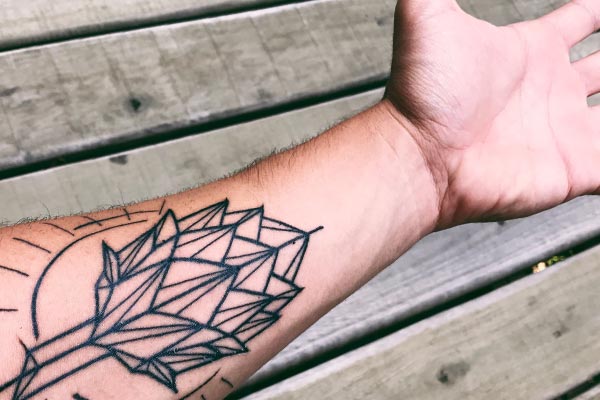 Which CBD skincare product should I use? 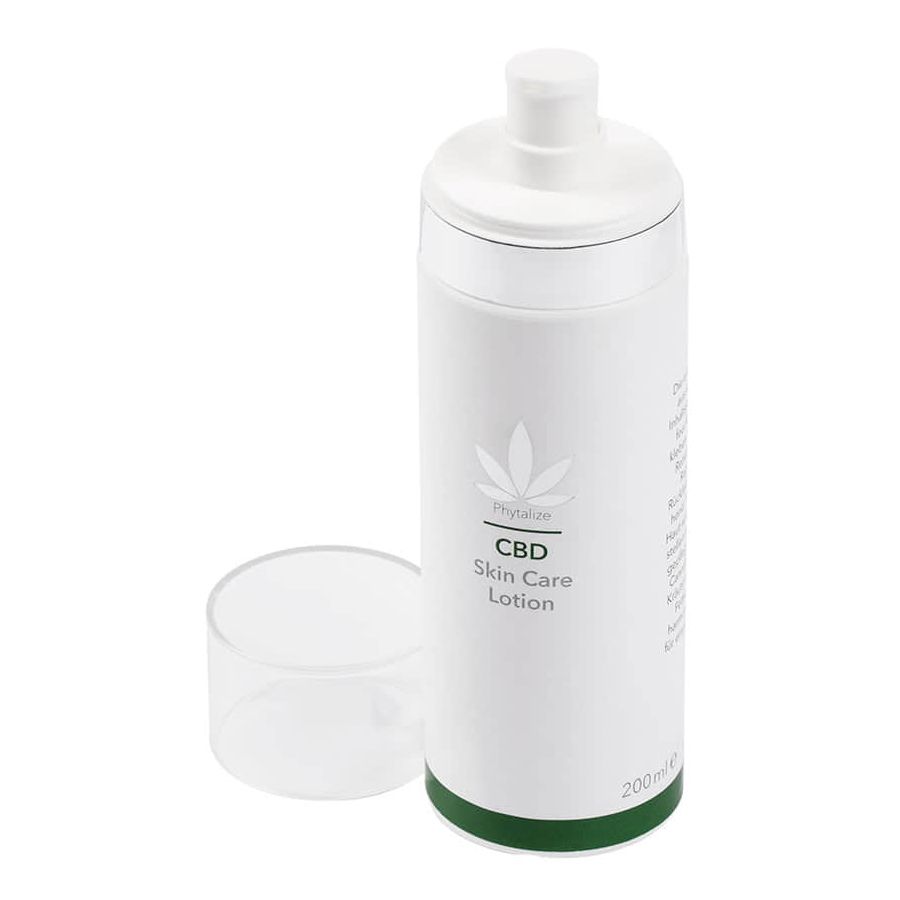 If you’re looking for a CBD moisturiser for dry skin then try something like the Phytalize Moisturising and Soothing CBD Skin Care Lotion. The 200ml bottle contains CBD and hemp seed oil alongside other natural plant oils to provide all the benefits of the natural world in a formulation that has been specifically created to help with dry skin conditions. Great for dry skin, eczema, psoriasis and dermatitis. 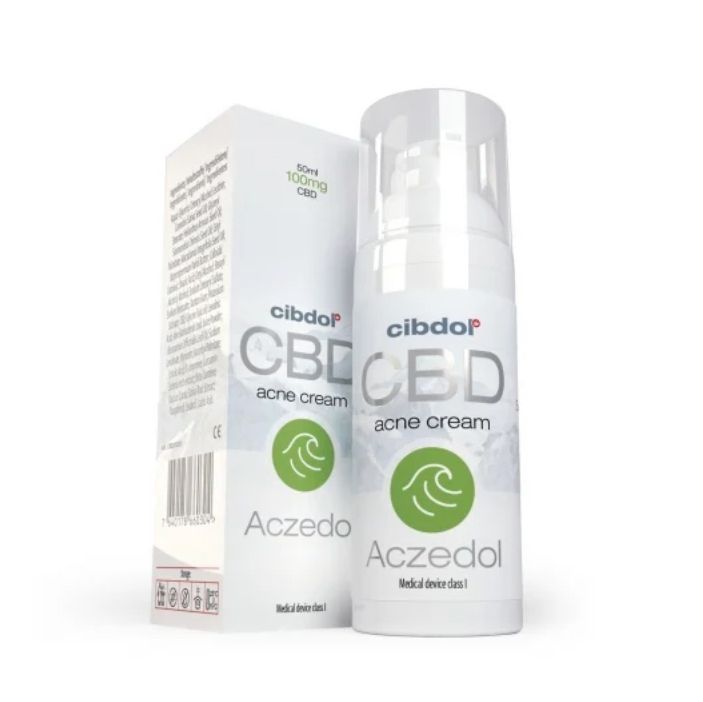 If you want a CBD acne treatment then we recommend Cibdol Aczedol CBD Acne Salve. This CBD cream is particularly good for acne prone skin. Aczedol is formulated differently than other kinds of CBD salves. Containing active ingredients CBD, Ursolic Acid, Myricetin, Panthenol and Tetrahydrocurcumin – a spice derived from turmeric – this formula is applied to the face as a cleansing water-based cream that encourages anti-inflammatory responses. 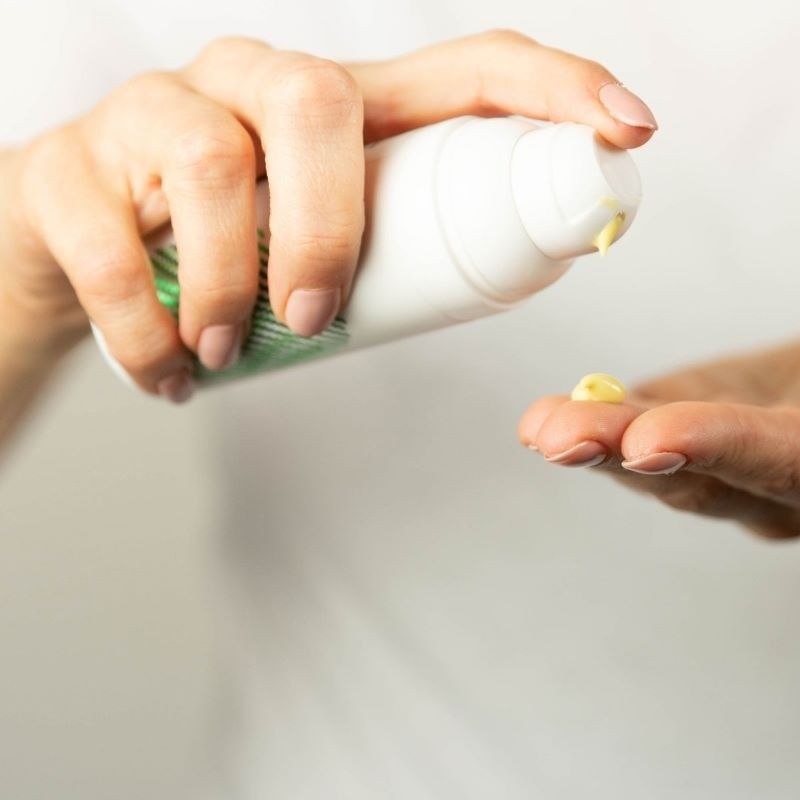 CBD as part of your daily skincare routine 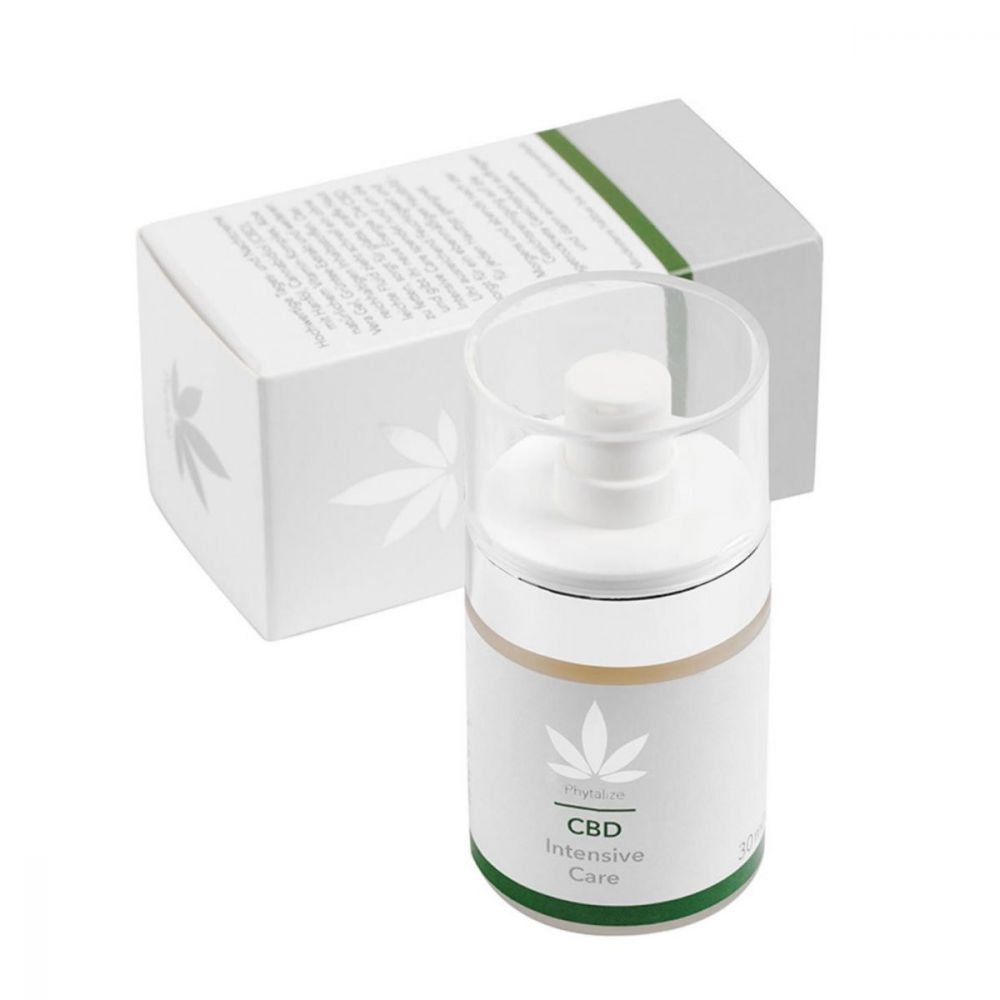 CBD to combat signs of ageing

If you’re looking for a CBD product to combat signs of ageing then you may want to consider something like this CBD Day and Night Cream from Phytalize. It is formulated with a long list of natural plant oils, along with hemp seed oil and CBD to provide your skin with nourishment and high levels of antioxidants which help to reduce fine lines and wrinkles. 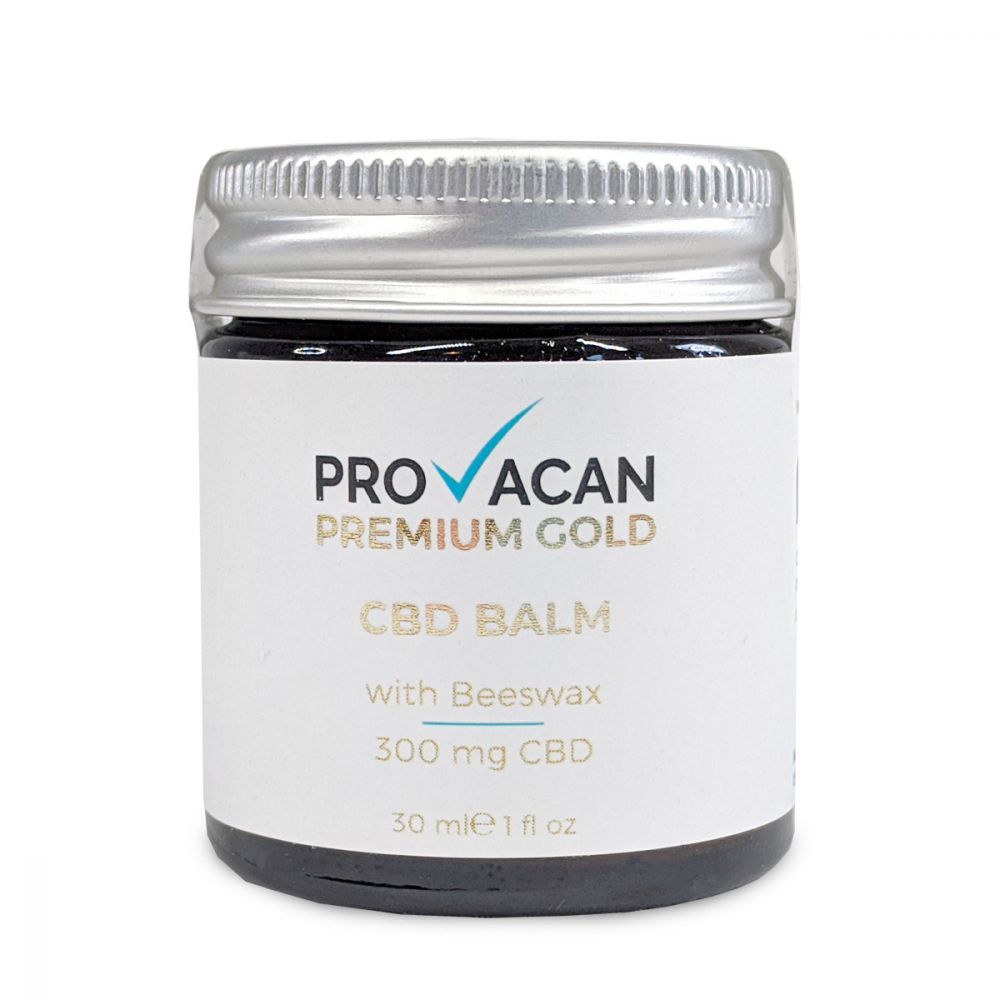 For sore muscles or joint pain you’re going to want to try a CBD balm. Rub it into your skin after a workout, or when experiencing muscular pain to soothe the area. Something like this Provacan CBD Balm or CBD massage oil would be ideal for using to help with muscle recovery, and if you want a real boost to the anti-inflammatory effects then you can always combine it with ingesting some CBD oil. Many athletes and sports people are using CBD products after intense workouts, and strong links are starting to appear between the CBD and sports industries. Athletes says that using CBD helps them to relax post-workout and aids muscle recovery so that recovery times are faster.

If you want a healing balm to treat wounds, scarring, irritation or rashes then take a look at this Phytalize CBD Care Balm with Hempseed Oil and Calendula. It combines CBD, hemp seed oil and calendula oil, alongside other natural plants oils for a powerful boost to skin healing. This anti-inflammatory and antibacterial skin balm soothes, protects and regenerates skin. Another alternative is this Hemptouch Therapeutic CBD Gentle Skin Balm which is brilliant at soothing and healing skin after tattooing. 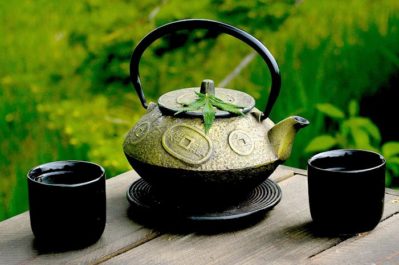 Discover The Benefits of Hemp Tea 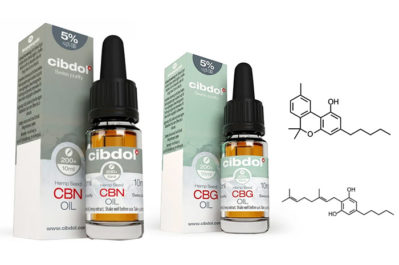 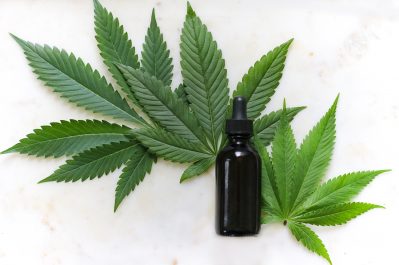